Steeped in history with a landscape that encompasses beaches and soaring mountains, Turkey has acted as the gateway between Europe and Asia for thousands of years. Being a place of trade and of exchanging cultures has made Turkey a richly diverse country. The point where East meets West, the wealth of culture and breadth of influences has left its mark and is revealed in the country’s mouthwatering culinary landscape, as well as in the innumerable religious monuments and archaeological sites.

Istanbul, once the capital of the Byzantine and Ottoman Empires, features prominently in most travel plans but there are many more great destinations. You could enjoy your time here staying in boutique hotels inside caves and floating in hot air balloons above the otherworldly landscape of Cappadocia, wandering in the midst of the Greco-Roman world in Ephesus, or simply soaking up the sun in the luxury beach resorts along the Aegean Sea. Here’s a look at the best places to visit in Turkey: 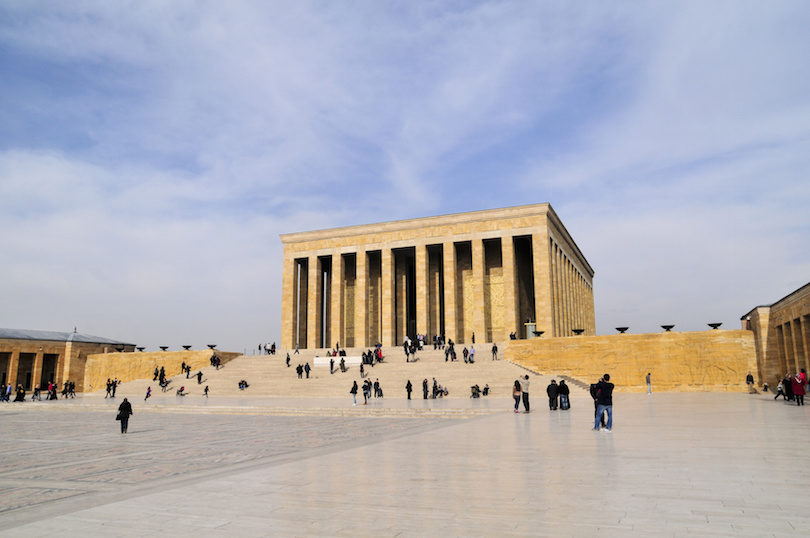 Turkey’s capital city, Ankara, is a sprawling, modern city home to government buildings, commercial businesses, universities and foreign embassies. Located right in the center of the country and the Anatolia region, Ankara is an important transportation hub, linking travelers to other major destinations in Turkey. The city itself city offers a lively arts and culture scene with a large concentration of museums, including the Museum of Anatolian Civilizations. 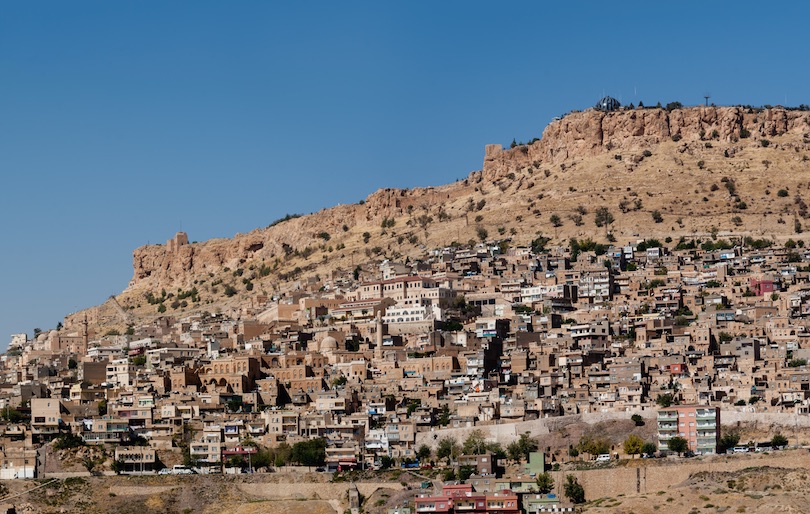 Perched on a strategic hilltop overlooking the plains of Mesopotamia in southeastern Turkey, Mardin is the capital of the Mardin Province. One of the oldest settlements in the region, Mardin is best known for its cultural diversity and Old City of sandstone buildings that cascade down the hill. Mardin’s Old City is easily toured by walking. The maze of meandering streets leads visitors along terraced houses and popular sites like Deyrü’z-Zafaran Monastery, one of the oldest monasteries in the world, and the Sultan Isa Medresesi, a medieval monument that once served as an astronomical observatory. 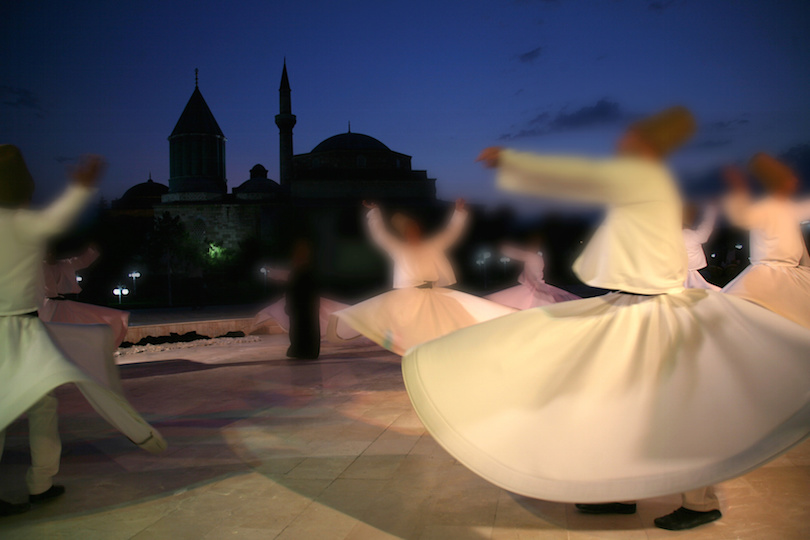 One of the oldest cities in the world and best known for its remarkable Seljuk architecture and Whirling Dervishes, Konya is a large city in Turkey’s Central Anatolia Region. In the 12th and 13th centuries, Konya prospered as a capital city under the rule of the Seljuk Dynasty. Today, buildings from that era can still be admired such as the Alaeddin Mosque and the ruins of the Seljuk Palace. Konya was also the home of the Persian theologian and Sufi mystic, Rumi. His mausoleum is a must-see site in Konya. Rumi’s followers founded the Mevlevi Order, better known as the Whirling Dervishes due to their religious ceremonies in which they spin around and around on the left foot while wearing white, billowing gowns. 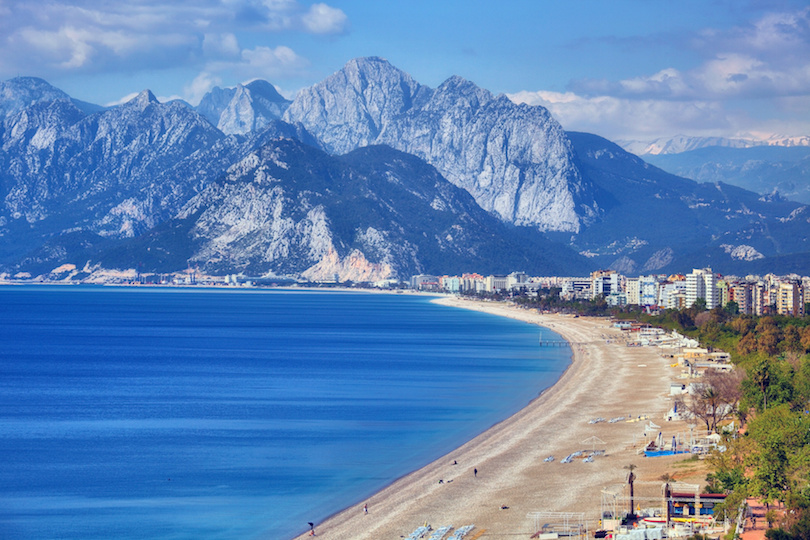 Nestled along the beautiful Turkish Riviera on the Mediterranean coastline, Antalya is a large, vibrant city welcoming tourists with numerous resorts, hotels, bars and restaurants. Spectacular scenery frames the city with gorgeous beaches and lush green mountains dotted with ancient ruins. From swimming and sailing to mountain climbing, sightseeing and family fun, Antalya offers something for everyone. A walk around Kaleiçi, the Old Quarter, offers a step back into the city’s ancient past with views of the old city walls, Roman gates, maze-like streets and historic structures that include the Clock Tower. 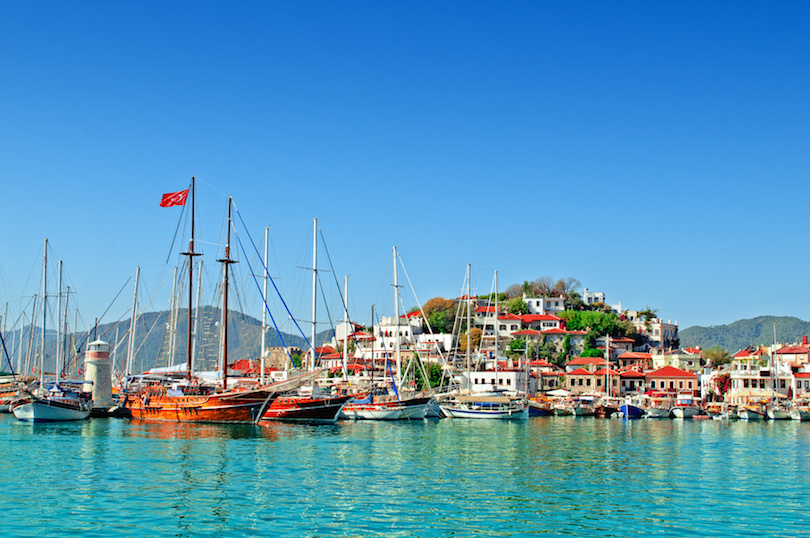 One of Turkey’s most popular seaside resorts, Marmaris is a picture-perfect setting of pine-clad mountains, sandy white beaches, turquoise waters and historic architecture. Located along the Turkish Riviera in southwest Turkey, this stunning cruise port is a tourist paradise with exceptional sightseeing opportunities, water sports, adventure, fantastic dining and buzzing nightlife. Various boating tours take visitors exploring around the picturesque bays and neighboring villages. If that is not enough, there are a number of day trips from Marmaris to outstanding destinations like Dalyan, Ephesus, Pamukkale and Cleopatra Island 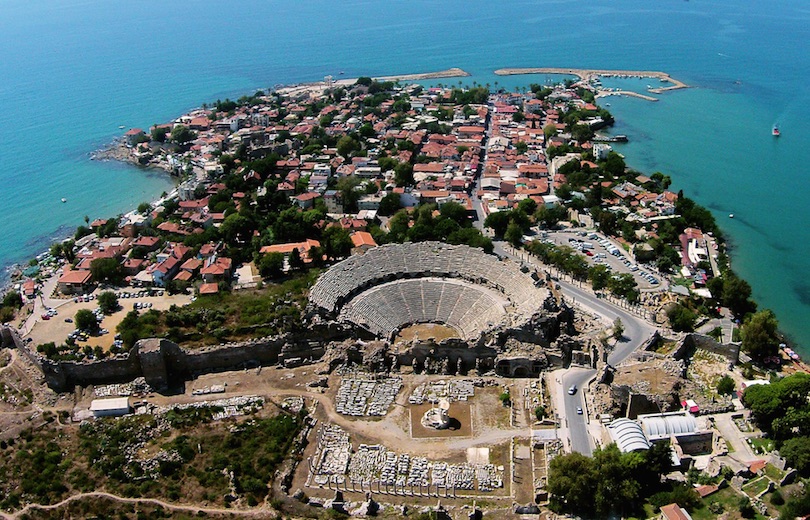 A major port in ancient Pamphylia and occupied by Alexander the Great in 4th century BC, Side today is a picturesque town of classic ruins and modern day resorts overlooking sandy white beaches. Located on a small peninsula, Side offers fantastic sightseeing, dining and nightlife. Its star attraction is an excavated site of ancient Hellenistic and Roman ruins that include the remnants of a colossal amphitheater and various temples. Featuring narrow streets and attractive gardens, the charming town of Side offers many restaurants ranging from delis and pizza shops to upscale dining in a variety of cuisines. 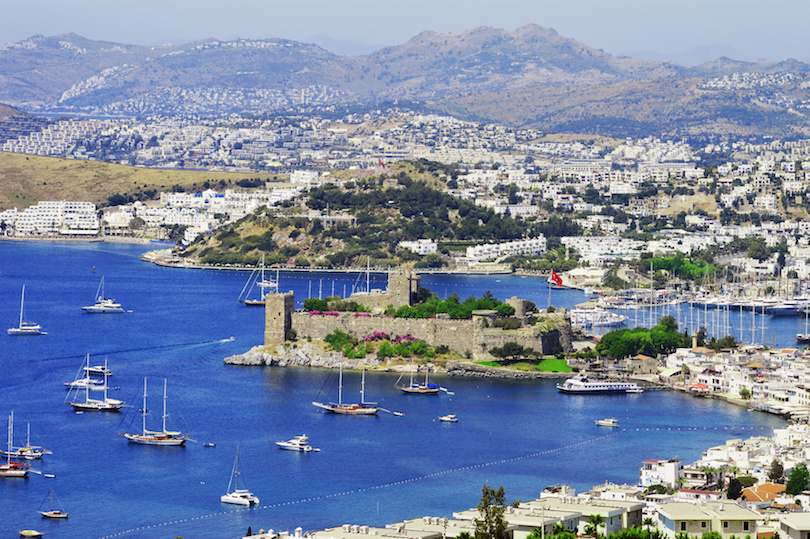 Located in the southern Aegean region of Turkey, Bodrum was once home to the Mausoleum, one of the Seven Wonders of the Ancient World. Today, its intriguing ruins, stunning beaches and cliff-top resorts attract people from all over the world. No visit to Bodrum would be complete without seeing the Castle of St. Peter, also known as Bodrum Castle. Built from 1402 by the Knights Hospitaller it now operates as a museum. On Bodrum’s eastern side, tourists will find a beautiful beach overlooking brilliant blue water. Near the beach are plenty of cafes, bars and nightclubs. On the western side of town is the marina, shopping centers and restaurants. 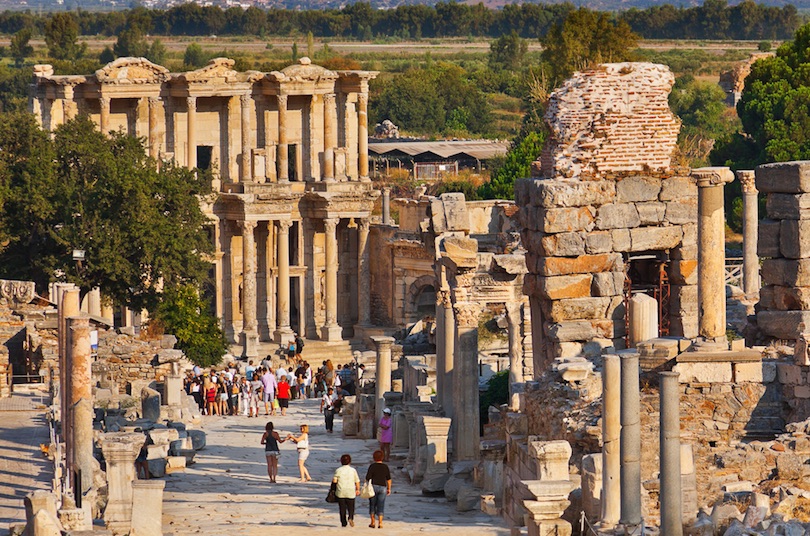 Europe’s most complete classical metropolis, Ephesus is an ancient site located in Aegean Turkey. By the 1st century BC, Ephesus was one of the largest cities in all of the Roman Empire, boasting one of the Seven Wonders of the Ancient World, the Temple of Artemis. The ruins of Ephesus are well preserved and contained within a large archaeological site, making it one of Turkey’s most popular tourist attractions. Its attractions include the massive Theater, the Temple of Hadrian and the magnificent Celsus Library, a two-story structure that was built to house more than 12,000 scrolls.

Situated in Central Anatolia, Cappadocia is best known for its fairytale landscape of unusual formations resembling chimneys, cones and pinnacles. Natural processes such as ancient volcanic eruptions and erosion have all sculpted these odd formations over the ages. Thousands of years ago, mankind added remarkable touches to the landscape by carving out houses, churches and underground cities from the soft rock. The Hittites were the first to chisel out underground tunnel complexes, seeking safety from invading Persians and Greeks. Much later Christians sought refuge in Cappadocia’s tunnels and caves. Today, some of the caves in the region are actually hotels and cater to tourists.

Once serving as the capital of the Ottoman and Byzantine Empires, Istanbul today is the largest city in Turkey and one of the largest in the world. Istanbul stretches across a narrow strait that connects Asia and Europe, making it the only city in the world spanning two continents. Impressive architecture, historic sites, dining, shopping, nightlife and exotic atmosphere all make Istanbul one of the best places to Visit in Turkey. The Old City is where most of the city’s impressive historic sites are found, which include the Hagia Sophia, Blue Mosque and Topkapi Palace.

Strongest Beers in the World (Taste)

View all posts by admin →